11 Best Places to live in Texas

Texas is the 2nd largest state and is home to almost 30 million people, a number that continues to increase every year thanks to the many charms that the Lone Star state has to offer.

Texas is the 2nd largest state and is home to almost 30 million people, a number that continues to increase every year thanks to the many charms that the Lone Star state has to offer.

Whether you crave the hustle-and-bustle of city life, the convenience of a suburban neighborhood or a remote farm town, you’ll have plenty to choose from among these 11 best places to live in Texas.

In fact, far from lacking options, you’ll probably find it tough to choose.

The 11 Absolute Best Places to Live in Texas

With that said, if you’re new to the state or just aren’t completely sure which part of Texas you'd like to move to, the following are considered to be the best places to live across the state:

About 30 miles northwest of Dallas, you’ll find Flower Mound. Though it’s considered a suburb of Dallas, the city’s population is still a little over 75,000.

Flower Mound, often called “Flo Mo” by locals, is an affluent suburb that is bordered by Lake Grapevine to the south. It boasts a strong economy driven by its retail sector and the introduction of light industry in recent years. It's seen an influx of out of state residents and continues to grow rapidly.

Like many of the northern Dallas suburbs, Flower Mound is very affluent with a median income of $129,839 and the value of a median house sitting at $383,000. Combine that with a low crime rate, and Flower Mound is a great place to raise a family.

Another fantastic Dallas suburb is Plano, TX. With a population of 284,467 residents, this neighborhood ranks as one of the safest places to live in all of Texas.

Plano is known for its highly rated public schools, plus its wonderful parks or bike trails to entertain kids and adults alike. It also has its own downtown feel with restaurants, shopping, and entertainment. As a result, this city is versatile enough to make it one of the top destinations each year for new residents.

Round Rock has a population of more than 120,000 and is located 15 miles north of Austin in the Central Texas Hill Country. Round Rock is the 31st largest City in Texas but is really more of a suburb of Austin.

Round Rock is also one of the fastest growing cities in the nation, and one of the better-managed cities in Texas. The City has maintained a high quality of life while becoming a major center for economic growth in Central Texas.

If you want to be close to Austin, this place is tough to beat!

Stroll through the cultural and historic district or walk across the historic Suspension Bridge, built in 1870, where the hooves of cattle followed the Chisholm and Shawnee Trails.

Southlake, Texas provides the perfect oasis from the busyness of Dallas. It's a high-end suburb that checks all the boxes.

Boasting one of Texas' best shopping malls, the very walkable Southlake Town Square is a popular attraction.. Stroll down the sidewalks under the shady live oak trees swaying in the gentle Texas breeze.

Don’t miss real Texas barbeque at the Feedstore and discover lots of other local gems all over our sparkling, friendly community. With countless major attractions within a mere 20-minute drive, you're never far from adventure. This suburb is a bit on the pricey side for home prices, but if you can afford it, definitely keep this one on your list!

If you want to escape the city, check out Port Aransas, located on Mustang Island on the Gulf Coast. There's a fantastic beach, a public fishing pier and access tons of great activities like surfing, kayaking, or kiteboarding.

In 2017, Conroe was the fastest growing city in the country. People move to Conroe from Houston in favor of cheaper, newer homes and better access to nature. Conroe’s population has more than doubled since 2000 and continues to grow at record speeds.

Conroe is just 40 miles from Houston and only a few hours from Austin. It’s home to many affordable living options versus other areas in Houston.

Once a frontier settlement in the Wild West, San Antonio has become a city full of modern amenities. As it continues to grow, San Antonio offers a great mix of high end communities and affordable neighborhoods.

The city is also famous for its scenic River Walk, which makes getting around downtown a breeze. Stretching more than 24 kilometers from start to finish, the River Walk’s shaded pathways connect hundreds of shops, restaurants, hotels, historic landmarks, museums and attractions. It’s also the setting for many of the city’s annual festivals and events featuring food, wine, live music and more.

A city that has been overshadowed in the last year by Austin is Frisco, TX. Make no mistake Frisco, Texas is still a top place to live. In 2018, Money Magazine named it the number one destination to live in America.

Indeed, Frisco is the second safest city in Texas, right after Plano. In fact, Frisco, Texas is the 14th overall safest city in the entire United States. As a result, many families seek to take advantage of the real estate available.

Additionally, Frisco is one of the wealthiest cities in the country but has one of the lowest costs of living.

Another quickly-growing hot spot near Dallas is Denton, Texas. This college city has all of the Texan charms with a vibrant cowboy scene and popular live music festivals. Notably, it offers a great higher education system with two colleges in the city. It is home to the University of North Texas and Texas Women’s University.

Additionally, it has preserved its historic downtown area while making it a popular destination for shopping, entertainment, and restaurants. Specifically, Denton has a very lively Jazz community that attracts tourists.

Finally, New Braunfels. Among small towns in Texas, this one is certainly a stand out. Only in New Braunfels would you be able to find 19th-century German architecture, natural wonders, and one of the best waterparks in the world.

Just 25 minutes outside of this charming town, you can visit the iconic Natural Bridge Caverns. For outdoor enthusiasts, they’ll enjoy boating on Canyon Lake, tubing down Comal River or Guadalupe River, or spending a splashy day at the world-famous Schlitterbahn Waterpark.

Contact us today to learn all about our user-friendly platform and homebuyer refund program. 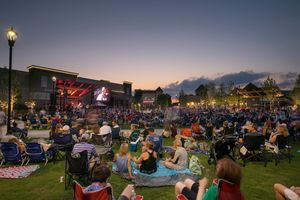 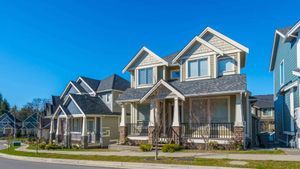