In the early days of podcasting, most major shows could be described as liberal-leaning. But over the last 5 years, particularly since the 2018 election - conservative pundits have carved out quite a large and growing audience.

In the early days of podcasting, most major shows could be described as liberal-leaning. But over the last 5 years, particularly since the 2018 election - conservative pundits have carved out quite a large and growing audience.

Here are our picks for the best conservative podcasts:

The Morning Wire has become a major news program that delivers all the day’s top stories from politics to sports and culture.

Ben Shapiro skyrocketed into conservative infamy when he notoriously went into the lion’s den on Piers Morgan Tonight.

Joe Rogan is an American UFC color commentator, podcaster and former comedian. He hosts The Joe Rogan Experience, which is one of the most popular podcasts on the planet. While Joe does not outright align directly with a conservative or politically right philosophy, he has become a comfortable place for centrists and conservatives alike. He discusses current events, comedy, politics, philosophy, science, and hobbies with a variety of guests.

Megyn Kelly, once a Fox News host, brings a very polished and lively perspective to today's cultural and political topics.

The Matt Walsh Show is featured on the Daily Wire and gives you a no-holds-barred take on today's cultural, religious, and political issues. Matt Walsh is a writer, speaker, author, and one of the religious Right’s most influential young voices. He is known for boldly tackling the tough subjects and speaking out on faith and culture in a way that connects with his generation and beyond.

Turning Point is a grassroots, non-profit organization geared at engaging students at predominantly liberal college campuses to expose them to alternative viewpoints.

Prager is widely known for its short video clips on a wide variety of controversial topics.

Mark Levin is an attorney by trade and served in the justice department under the Reagan administration. Levin is also featured on Fox and merges a dry, witty style with powerful arguments against liberal dogma.

Check out our list of most popular conservative news websites. 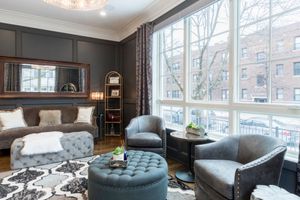 Tips On How To Create More Space In The House

How To Make A Living As A Landlord 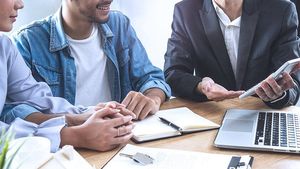