What is the Cost of Living in Fort Lauderdale?

Looking to buy a home in Fort Lauderdale, FL? Consider the cost of living in terms of housing, food, transportation and other expenses involved.

As one of Florida's most sought-after city's, Fort Lauderdale is well known for its entertainment options, beaches, and water sports. However, the city is not just a vacation destination, but a place to call home for many people. The warm weather and year-round opportunities attract many people, especially those thinking about moving to Florida.

If you are moving to the Fort Lauderdale, one of your first concerns is housing. One good thing about Fort Lauderdale is that there is a wide range of housing options that include condos, townhouses, single-family homes, etc.

The median value of homes in this city is $314,300. The price of homes and condos have increased during the past year due to an influx of new residents. The number of people moving to the state has grown rapidly, which is just one reason why Fort Lauderdale’s housing market is booming.

You will find real estate agents here even offering expensive beachfront properties daily. If you plan to live in Fort Lauderdale, your  budget should be around $1,600 to $2,700 for a condo and $300,000 to $1.5 million for a townhouse or home. Of course, you can try to save on things like home closing costs and agent fees.

It’s no secret that groceries can cost you more than your rent in this city because the cost of groceries here is 26% higher than the national average. If you're looking to move here, be prepared to spend more on everything from bread and vegetables to fruits and meats.

The average cost of food per month can range from $350-$500, depending on the number of persons living in your household. You have to be willing to spend more on food here than other Florida cities because Fort Lauderdale’s cost of living is much higher than the national average rate.

A car is considered a necessity here in Fort Lauderdale because the public transport system isn’t as great or reliable compared with other cities in Florida. The cost of gasoline is also higher, hitting maximum prices at $3.00 per gallon.

With the high cost of living on the coast of Florida, you'd expect to earn more to make up for the expenses. But that’s not the case because the income level here is considered low, making it difficult for the locals to make ends meet.

The median household income in Fort Lauderdale is $55,000 per year. The living wage percentage of the city is 29%, and this number increases when you consider other family members who are also earning an income.

The job market in Fort Lauderdale is growing, and there are more opportunities here compared with other Florida cities. However, even though it is considered an excellent place to live, many residents are still earning low incomes. The low pay is one of the primary reasons this city recorded an unemployment rate higher than the national average.

Florida has no state income tax, which makes living in places like Fort Lauderdale very attractive. But there are other taxes that residents have to pay. This includes sales taxes on cars, as well as property taxes.

There is no state income tax in the city, but you still have to pay 6% of your income if you’re a non-resident. Your taxes may be reduced if you live there for more than 183 days per year. A 7% sales tax is charged on almost all items sold in the city.

If you’re investing in rental properties here, you must know that property taxes in the city are high, and you have to pay 0.8% of your property value annually. While the property taxes can be stiff, there are several ways to lower them, including getting a homestead exemption.

How Expensive Is It to Live in Fort Lauderdale?

The real estate market is booming here, and the cost of living is higher than the national average. So if you’re planning to move to Fort Lauderdale, you have to prepare yourself for a more expensive cost of living compared with other cities in Florida. The total living expense per year can range from $28,300 to $51,800, including housing, food, utilities, transportation, and other costs.

Utilities such as electricity can get expensive here because of lots of swimming pools in residential areas. The cost for gas and electricity alone will reach $1,000 per month, so be prepared to spend more on these bills than other Florida cities.

Are You Ready to Live in Fort Lauderdale?

Generally, Fort Lauderdale is an excellent place to live if you look for nice weather, beautiful homes, and a fun things to do. While Fort Lauderdale may be one of the most expensive places to live in Florida, the coastal lifestyle and bountiful attractions certaintly make up for the cost of living.

If you want to buy a house in Fort Lauderdale, contact us at SimpleShowing. Our team of local agents can help you find the right home for you at a price that suits your budget. We can also help you save money along the way with our buyer refund incentive! 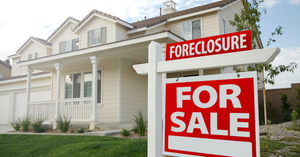 Is Buying a Foreclosed Home a Good Idea?

How to Pick a Good Listing Agent 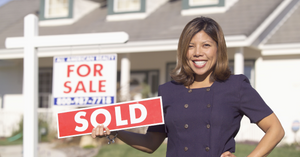